The Company informs that Comisión Nacional de Valores (the Argentine National Securities Commission) and Buenos Aires Stock Exchange approved what has been decided in the Company’s Shareholders meeting held on October 26, 2020:

1 - the capitalization of Inflation Adjustment of Share Capital, Share Premium and Other Reserves recorded in the Financial Statements corresponding to the fiscal year ended on June 30, 2020

In the case of shareholders who have fractions of common shares with a nominal value of ARS 100 and one vote per share, they will be settled in cash.

Likewise, the Buenos Aires Stock Exchange has been requested to change the modality of the negotiation of the shares representing the share capital, that is, that the negotiation price is registered per share instead of being negotiated by Argentinean peso (ARS) of nominal value, given that the change in nominal value, and the issuance of shares resulting from the capitalization, would produce a substantial downward effect on the share price.

It should be mentioned that this capitalization and change in the nominal value of the shares do not modify the economic values of the holdings or the percentage of participation on the share capital. Likewise, and for the purpose of clarifying the above, some examples are detailed below, where in all cases the effect of capitalization and change in nominal value are assumed, and effects on the price are not considered for market reasons: 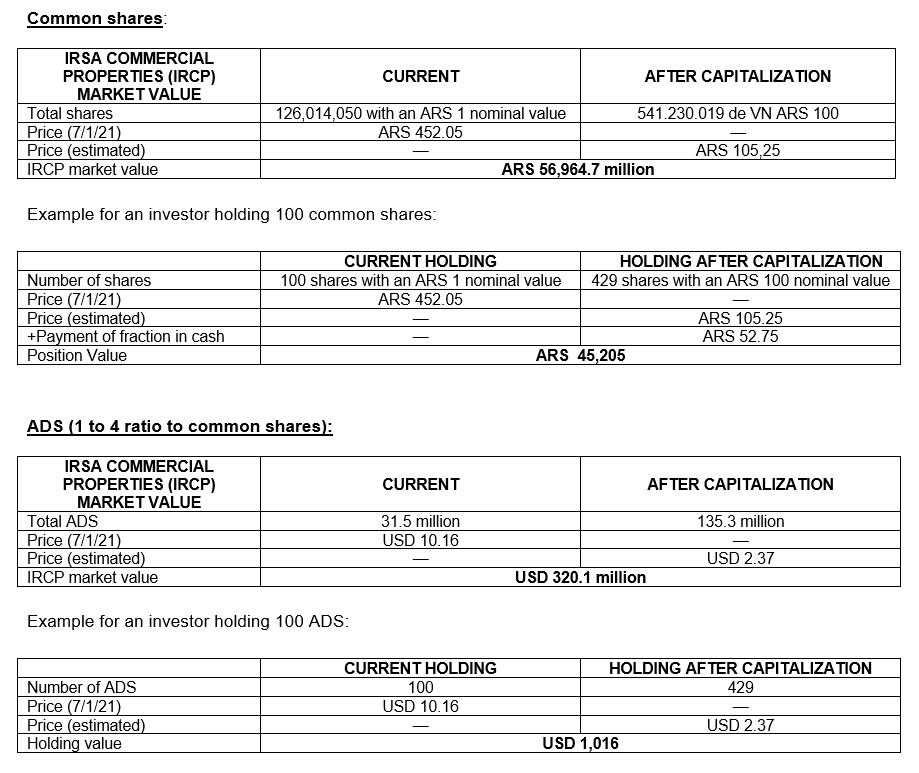